If I catch you talking to a stray dog 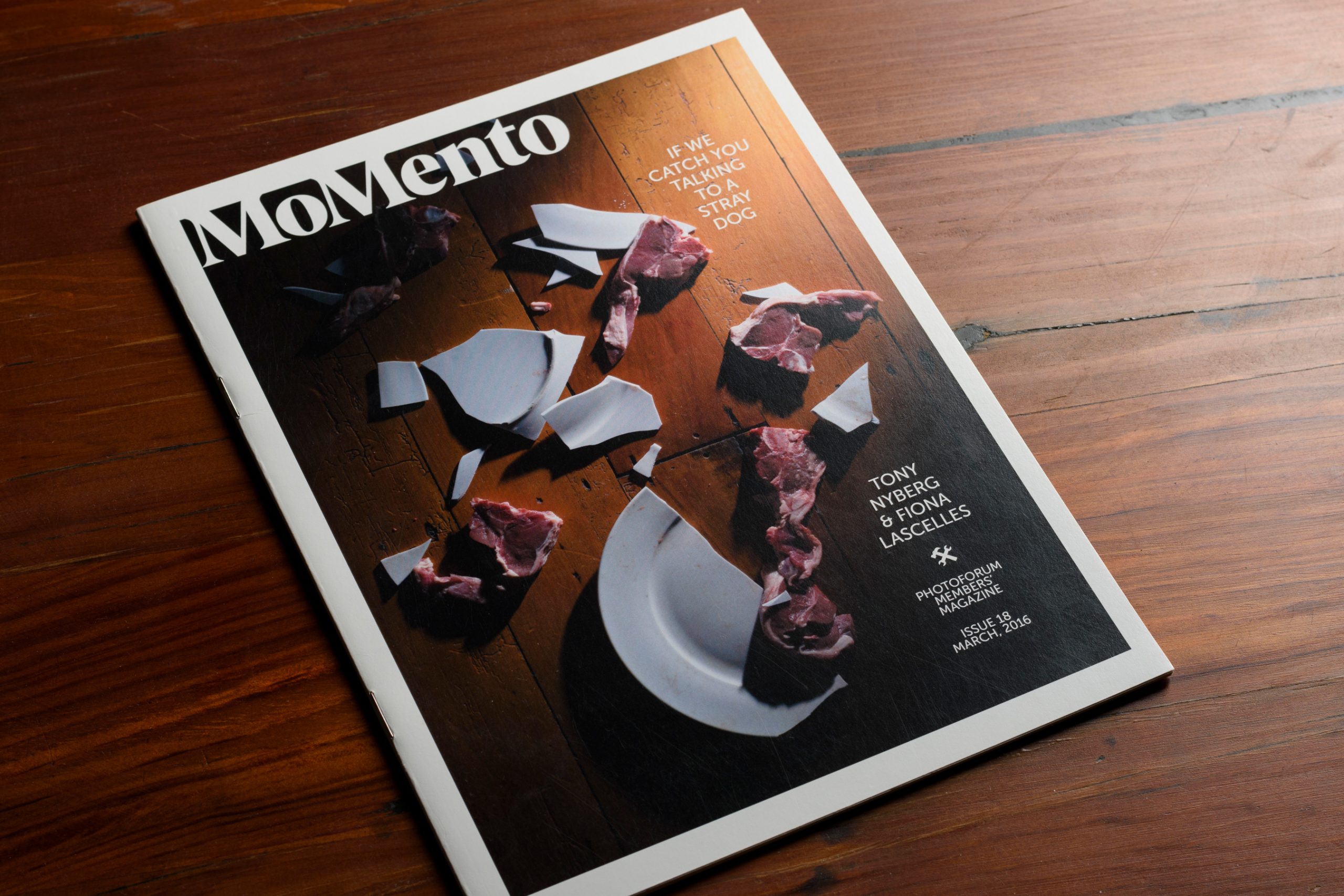 This was first conceived as a project after looking at a book of crime photos taken by Weegee, the American photographer. Collaborating with Auckland photographer Tony Nyberg we set about creating these images with friends.

Portraits are usually flattering or at least self deprecating enough to be charming and seemingly sincere. One hangs portraits of themselves and their families in the home as signifiers of a communal happiness and general satisfaction with life. Portraits are produced as a historical record of the vitality of the sitter, as evidence of them having ‘lived’.

There was in the early days of photography what we would think of now as a rather bizarre kind of image being commonly made; the post mortem photograph. Infant mortality rates were exceedingly high and photographing a dead child was often a way of preserving their cherished memory. More than often the deceased was placed within a highly composed family tableau, sitting idle as though asleep amongst other living family members. In one case an embalmed body was exhumed after two and half years to pose with the family … 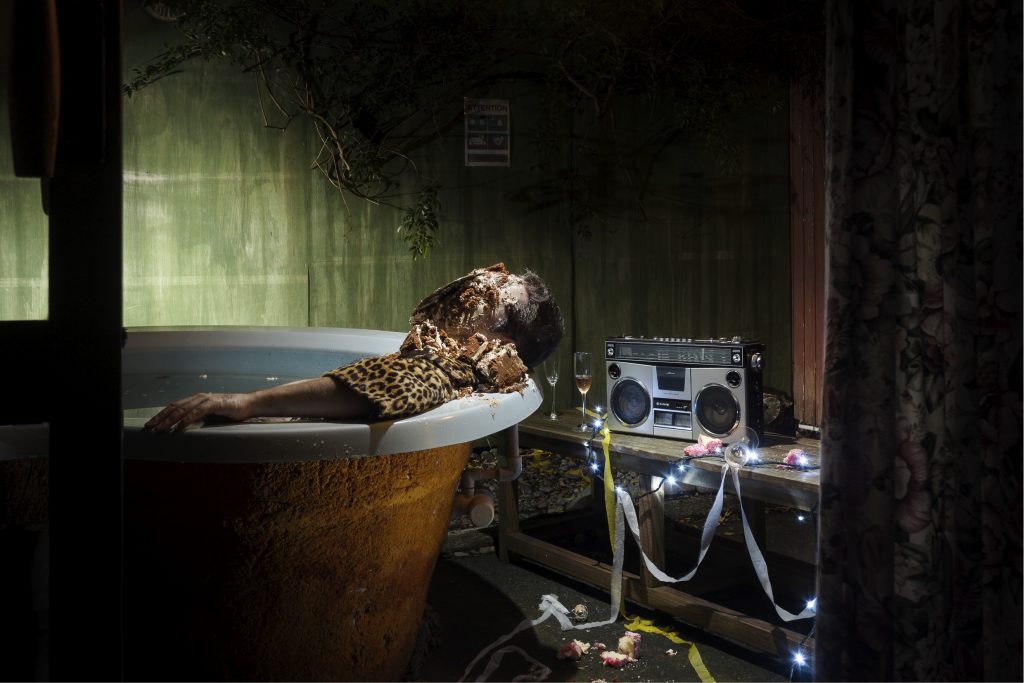 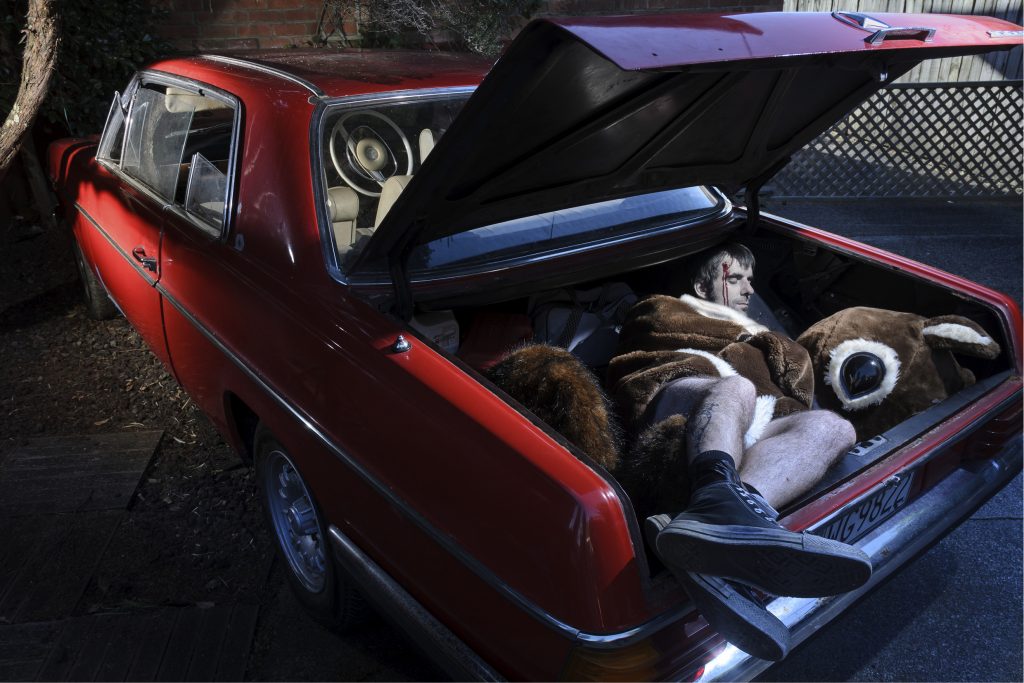 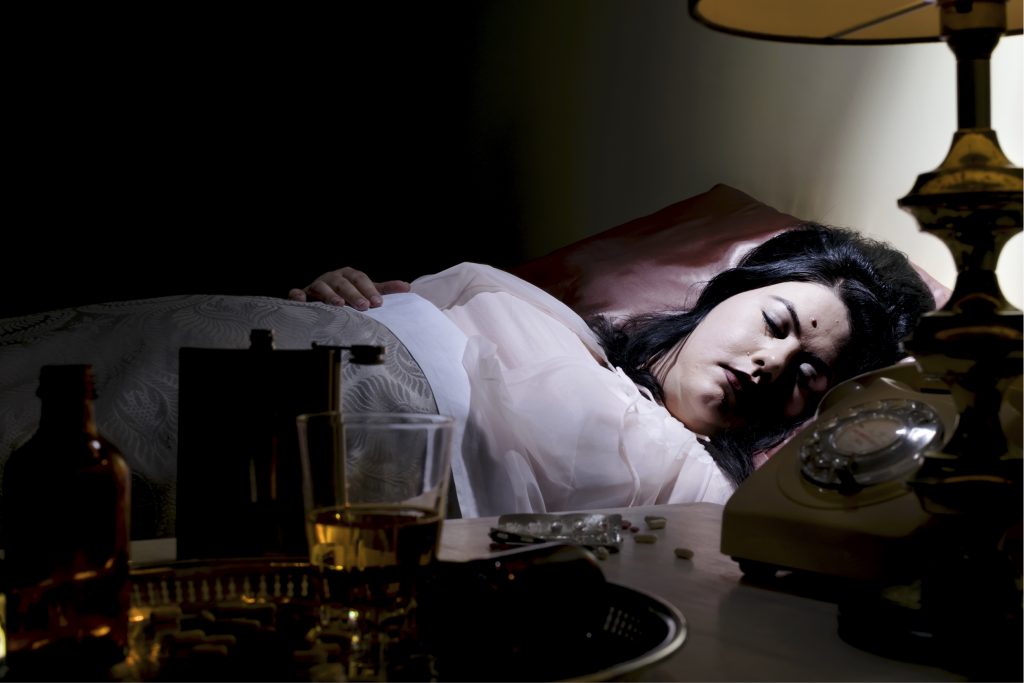 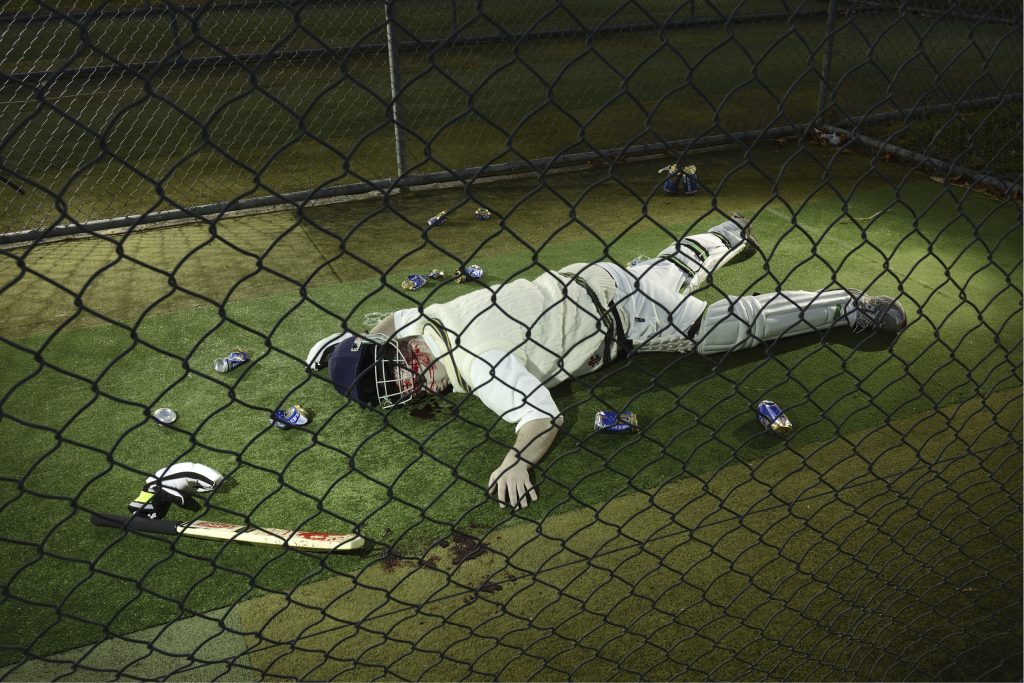 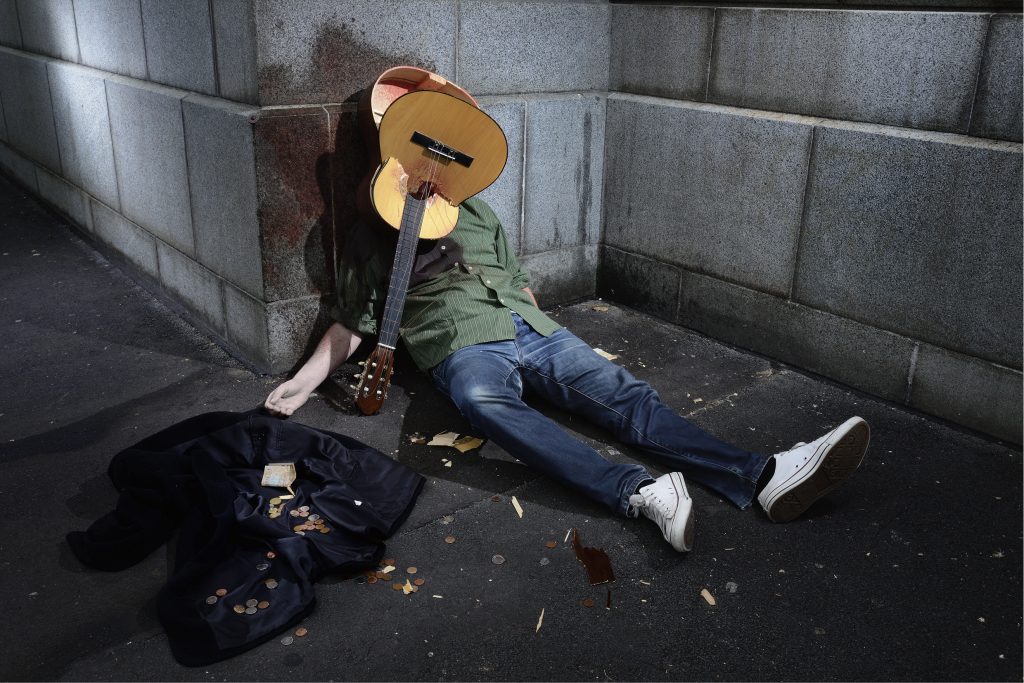 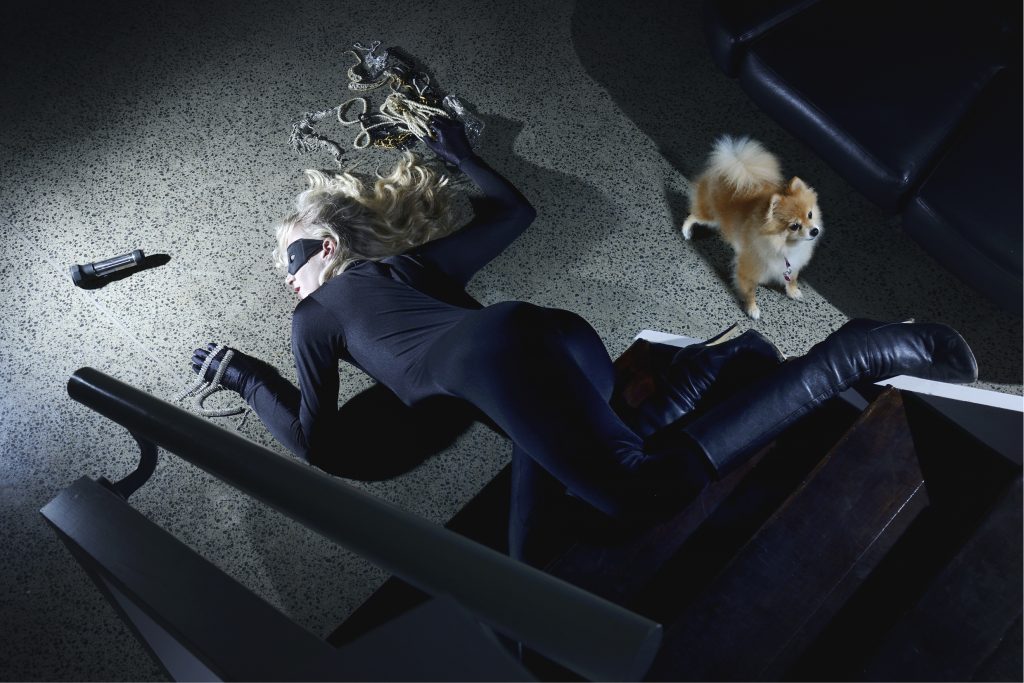 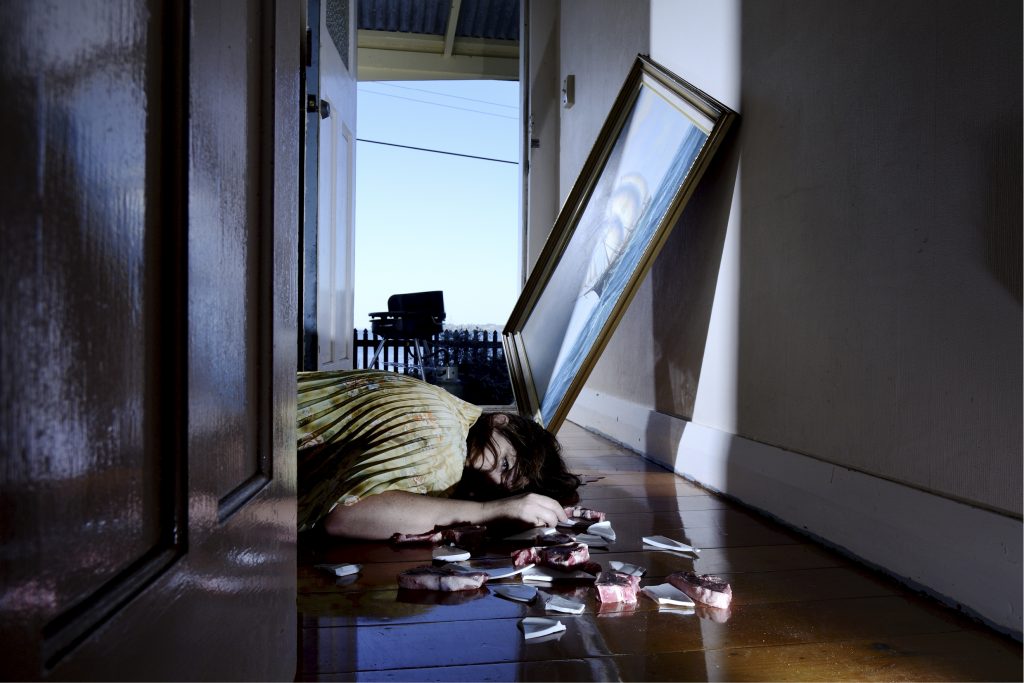 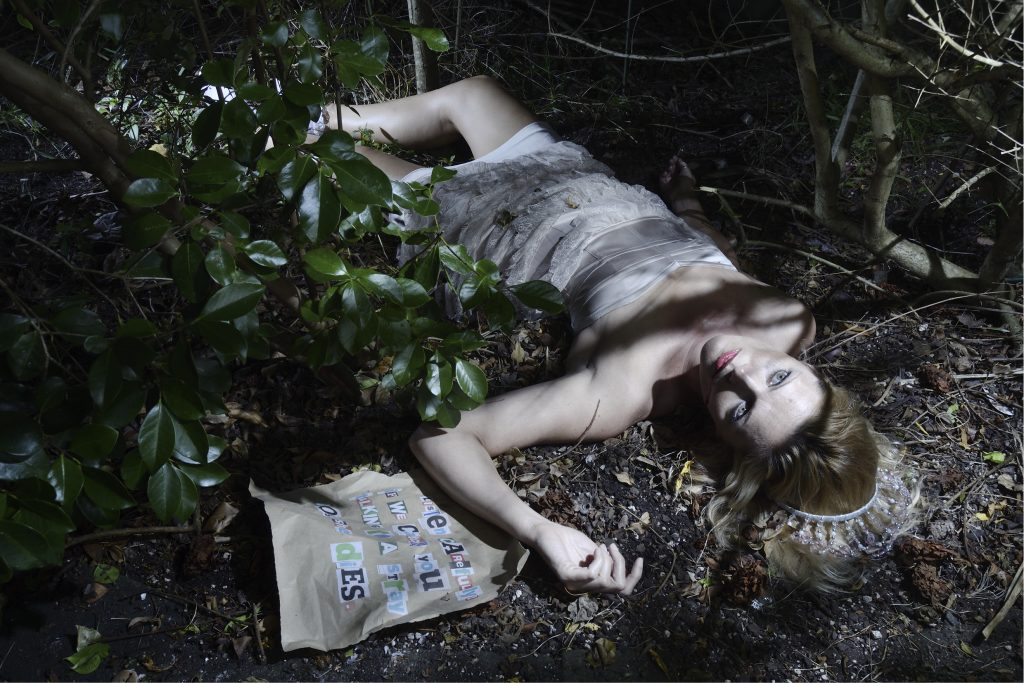 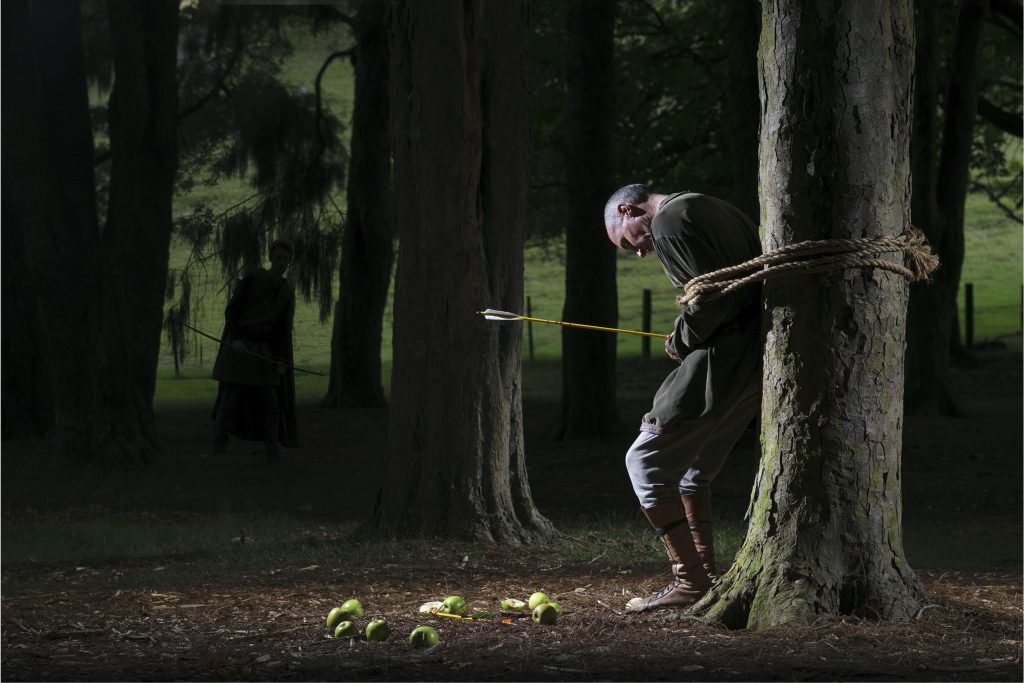 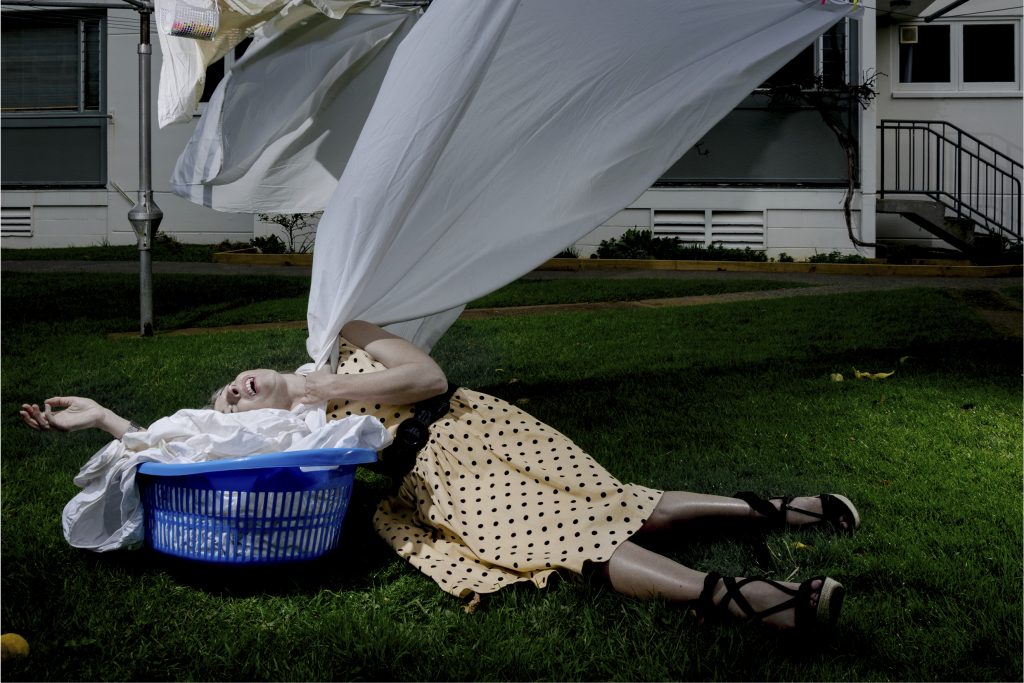 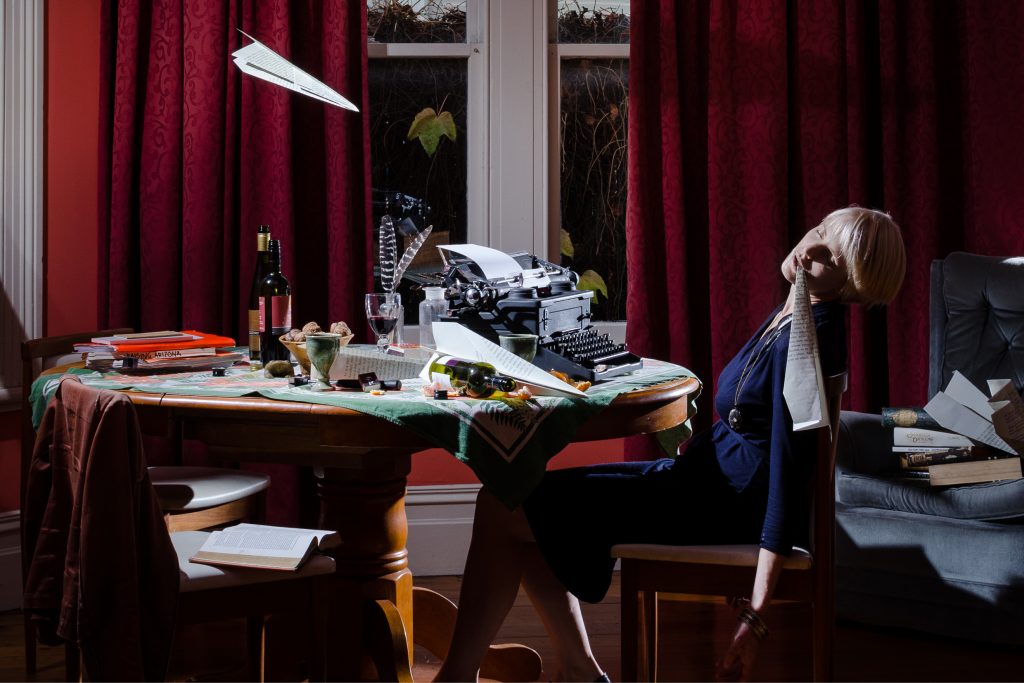 These works take inspiration from a deceptively simple question that Lascelles and Nyberg have been asking people for years, “How will you die?”. Answers range from the downright deranged to the absurdly comical, and naturally, the artists gathered together their favourite responses. Each person was then asked if they would be willing to enact their death scene as a constructed reality. What results then is a sort of negative portrait, an inversion of the natural order of the portrait as both an historical record and a signifier of happiness and a satisfied life of the sitter.

The image itself is a lie, the scene is a construction, it’s not ‘real’, the elements within the image have been painfully composed into an order, the lighting agonised over to cast the right shadow, create the most desired atmosphere.

As Picasso once stated “art is a lie that reveals the truth’. Yet these images are alarmingly honest, they uncover a psychology and give us a greater insight into the person portrayed than a typically commissioned portrait could ever hope to do. It reveals a certain desire, a certain awkward acceptance of a common fate. And that fate is often violent, tragic but always somehow comical and fascinating.

Death has never looked so good…  and has never laughed so hard.
Daniel Clifford 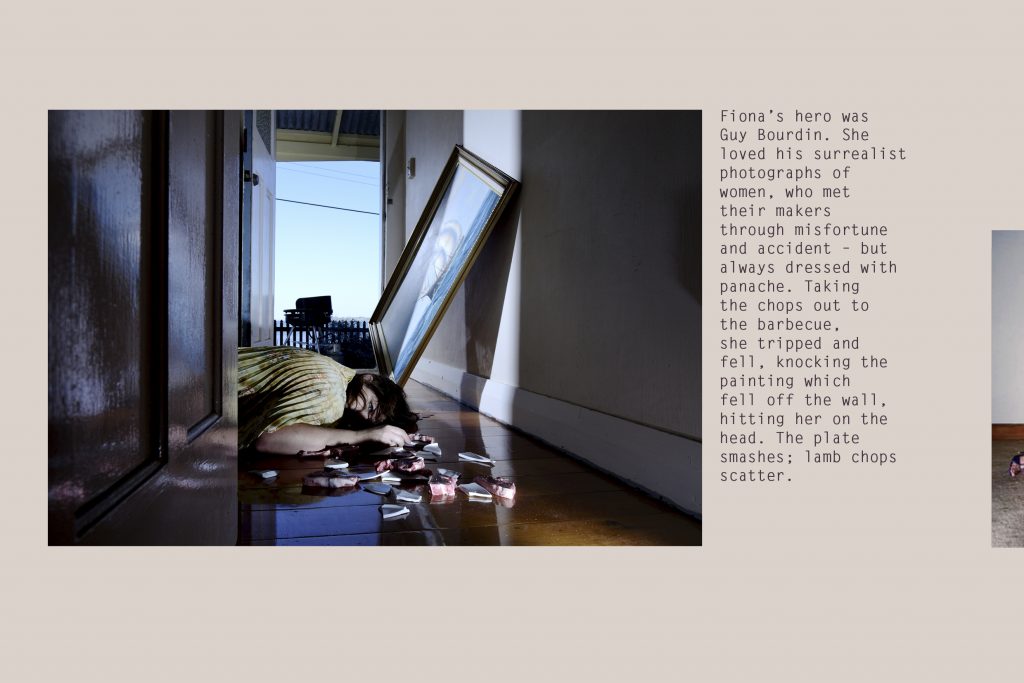 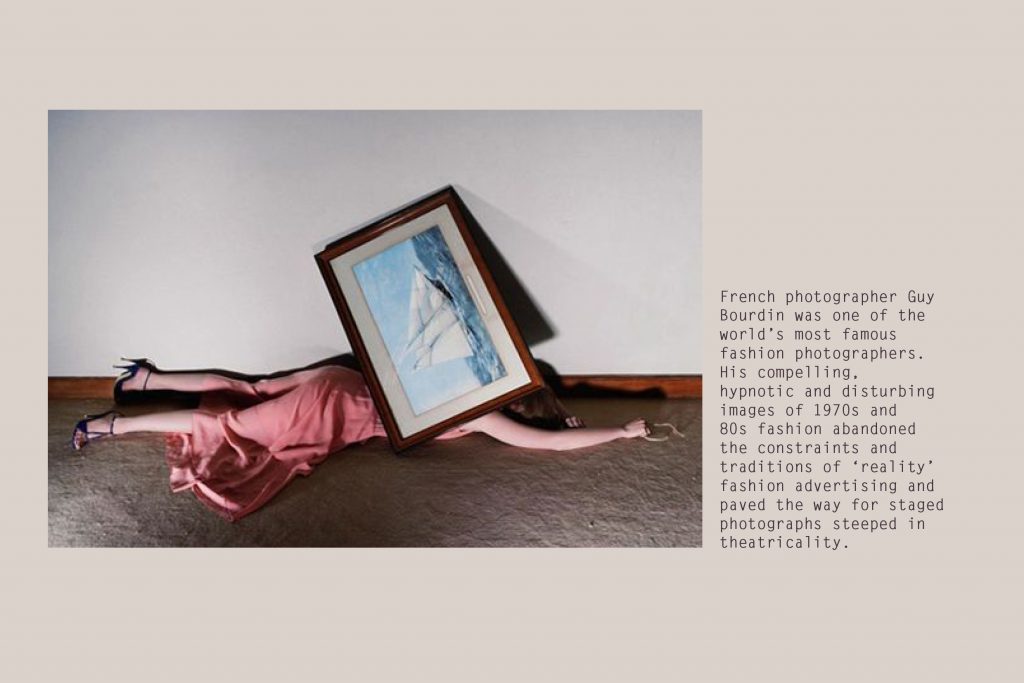 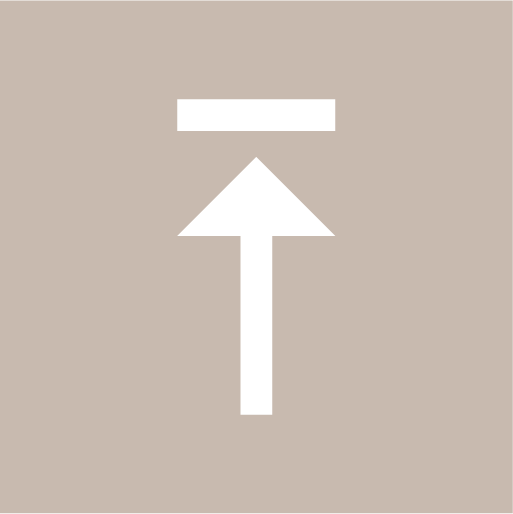